What is a Chit Fund? 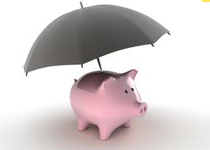 In the villages of Kerala, many centuries ago, a small group of farmers operated a unique scheme. Each farmer gave a fixed quantity of grains periodically to a selected TRUSTEE. The Trustee, after keeping aside a portion for himself, gave the rest to a member of the group to help him to meet his social commitments and other needs.

The farmer who received the lot continued to give the fixed quantity till every member of the group received his lot.

The additional benefits when receiving the lot earlier led to competition. Some members were even willing to forgo a certain portion (like a discount) of the lot, in order to get an earlier chance. So, an auction was held and the highest bidder got the lot. This was the basis of what we know today as the “Chit Fund Scheme”

As soon as the group is complete and the Government Certificate of Commencement is secured, an auction is held. On the date of the auction, the subscribers in the particular group assemble, either in person or through proxy. They bid for the amount and the person offering the highest discount receives the chit amount. Out of the discount foregone, the Company’s commission (5% of the chit amount) is deducted and the balance is divided equally among the subscribers in the group. The subscribers then deduct the dividend and pay only the balance in their next installments.