All about Chit Funds

So, what is a chit fund?

“Chit”, as defined by the act, means a transaction by way of which a foreman enters into an agreement with a number of subscribers that every one of them shall subscribe a certain sum of money in periodical installments over a definite period.

In his turn, as determined by lot or by auction or by tender or in another manner (as may be specified in the chit agreement), the subscriber is entitled to the prize amount. 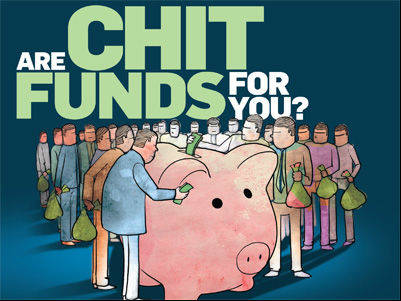 The chit fund is totally an Indian concept. However, there are a number of versions of its history and its legacy.

Evolution of the Chit Fund:

An indigenous financial institution peculiar to South India, Chit Funds found their way when banking and credit facilities were inadequate and people in general had to rely to a large measure on indigenous sources. Chit funds have been meeting a part of the genuine credit needs of the people, both in urban and rural areas.

The earliest systems of chits made use of lots. Presently, the systems of auctioning and tendering are more prevalent.

In 1969, the Government of Kerala set up the Kerala State Financial Enterprises Limited with the object of promoting chits. Mysore Sales International Limited, (MSIL) a Government of Karnataka Undertaking established in the year 1966, is also functional.

Let’s look at the working of chit funds through the lens of an example.

Say, 25 subscribers agree to subscribe an amount of INR 2,000/- for 25 months i.e. for a total chit value of INR 50,000/-. In his turn and in a manner which is specified in the agreement, the subscriber begets his chit amount.

A simple formula helps us readily notice the working of chits:

In the above example, 2000*25=50,000/- which is called the chit value. The chit starts on an announced date, all the subscribers come together for the auction/lot.

During auction, subscribers in need, who are interested, bid by allowing percentage of subscription to be forgone.

The highest bidder i.e. who allows maximum percentage to subscribers is given the chit amount.  After deducting a commission/remuneration to be paid to the foreman of the company, the amount foregone by the subscriber is distributed as dividend amongst all the subscribers in the draw.

Before the successful bidder draws the amount, he proposes securities – immovable properties, Life Insurance Policies, Bank Guarantee, etc., depending on the liability. 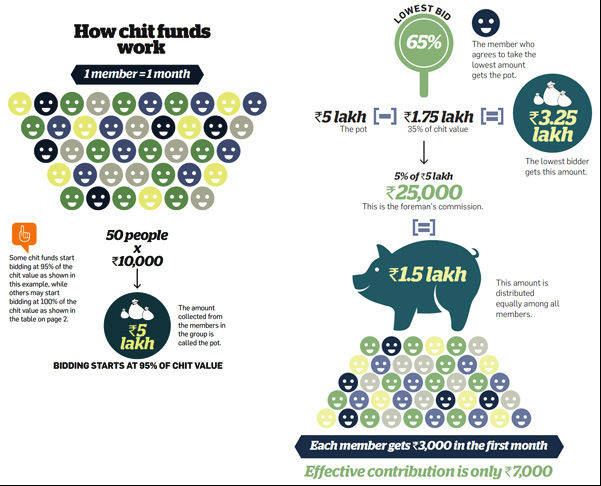 Union of India has Act 40 of 1982, an enactment by the Central Government, which is administered by the respective State Government with the help of State Rules. The State can also seek advice and assistance from Reserve Bank of India on policy matters. There is an office of “Registrar of chit funds” in every State that monitors operation of the chit company minutely including the minimum capital requirement before the commencement of business, acceptance of security equaling to the chit amount in the name of Registrar before the commencement of each chit, restriction on the aggregate volume of turnover in relation to the net owned funds, restriction in the utilization and appropriation of the subscribers’ funds in the hands of the chit promoter, etc…. 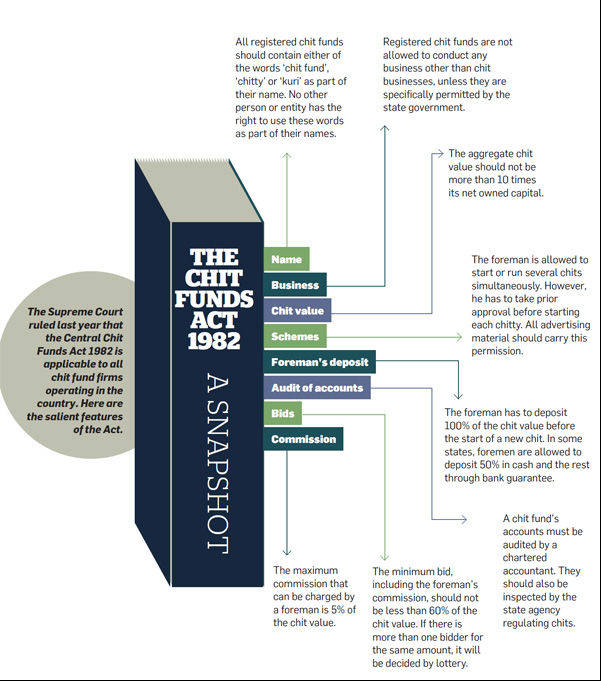 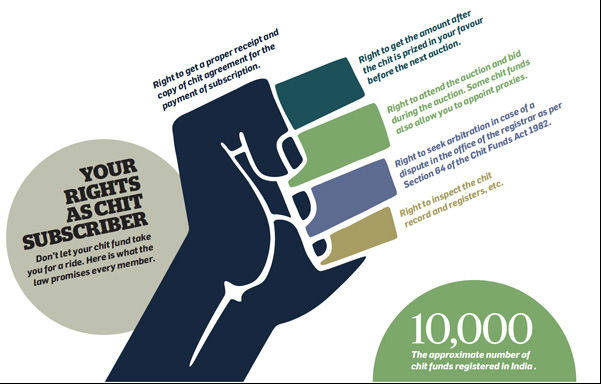 Future of Chit Funds in India:

A study conducted by Institute of Financial Management and Research under the guidance of Dr.Mudit Kapoor, Indian School of Business, Hyderabad and Dr.Antoinette Schoar, MIT. Sloan School of Management, USA suggests that Chit Funds are an innovative access to finance for low-income households. 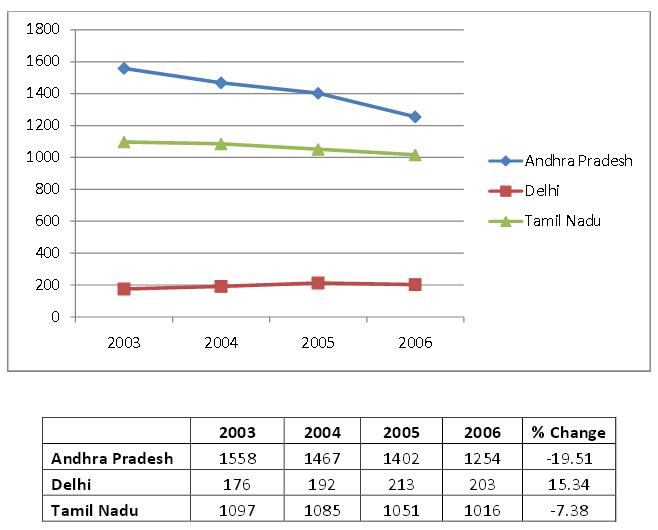 Overall ranking of preferred mode of savings according to the study: 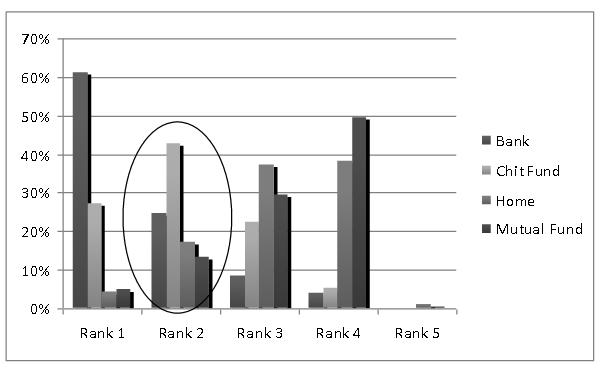 As is demonstrated by the statistics above, chit funds are proving to be an increasingly popular mode of savings-cum-investment.

Here is a more recent Business India article on how Chit Funds help in financial inclusion.

However, as with any relationship, it is important we tread the path with caution and with eyes open: